RCVS Knowledge has awarded the inaugural Plowright Prize to Professor William Ivan Morrison of The University of Edinburgh for the impact of, and plans for his research combating the cattle disease East Coast Fever.

The biennial RCVS Knowledge Plowright Prize recognises individuals working in Europe or the Commonwealth who have made significant contributions to the control, management and eradication of infectious diseases. The award, worth £75,000, is made in memory of Dorothy and Walter Plowright. Walter Plowright was an eminent veterinary virologist, renowned for his critical work on the cattle disease rinderpest. 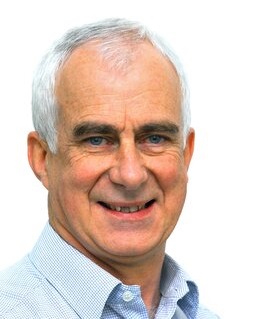 Professor Morrison, who is Professor of Immunology at The Roslin Institute Royal (Dick) School of Veterinary Studies, The University of Edinburgh, plans to use the £75,000 Plowright Prize funding to advance his current research into creating a cost-effective vaccine for the cattle disease East Coast Fever.

Also known as theileriosis, East Coast Fever is a disease affecting cattle and is caused by the protozoan parasite Theileria parva (T. parva). The disease kills more than a million cattle each year.

East Coast Fever places a major economic burden on livestock farmers in low- and middle-income communities. The disease is currently present in 12 countries in Sub-Saharan Africa.

Professor Morrison’s current research focuses on modifying the phenotype of T. parva-infected cells to render them capable of fusion to other bovine cells, allowing them to be used for development of a novel vaccine for East Coast Fever.

“We are delighted to award the Plowright Prize to Professor Morrison. Our mission at RCVS Knowledge is to advance the quality of veterinary care for the benefit of animals, the public, and society, and Professor Morrison’s achievements to date and research ambitions to combat East Coast Fever are a strong expression of the importance of evidence-based veterinary medicine.

“We look forward to supporting his work, which promises to have a valuable and wide-reaching impact on cattle and the affected communities.”

“The panel was pleased that the prize received a wide range of high-calibre nominations in its first year. However the judges were unanimous in support of Professor Morrison’s nomination, which demonstrated his achievements and commitment towards the eradication of East Coast Fever, as well as his significant and long-standing contributions to improving our understanding of other pathogens that impact on the health and welfare of animals.”

”It is a great honour to receive the inaugural RCVS Knowledge Plowright Prize, I am particularly humbled that it is awarded in memory of Walter Plowright. The funds will advance my current research on Theileria parva, by demonstrating that the approach I am pursuing is a viable option for vaccination against the parasite.

“Such a vaccine would be affordable by small-holders in Africa, improving their ability to control the disease and enhancing their prosperity and quality of life.”