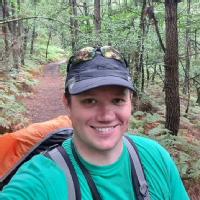 David worked as an analyst and programmer in Australia, Canada and the United Kingdom. His earliest work was in developing application software for desktop operating systems in software production houses, with a focus on automated unit testing and HCI (Human-Computer Interaction).

In 2010 he started working as a freelance contractor, taking many varied roles from banking to education, focusing almost exclusively in the education sector in the later years. Some organisations include: RCGP, google, IOC, ZSL, nokia, BCU, QMUL, CASS, Avado, Nucleus Global. In this time period he qualified as a CELTA English teacher and received a masters of science in bioinformatics.

At RCVS Knowledge, David is responsible for the development and maintenance of many of the charity’s online services: learn, veterinary evidence, vet history, inFOCUS etc.

Outside of work David plays in amateur orchestras, a rugby league team and is a commodore 64 enthusiast.

Appointments to other bodies

Membership of other veterinary or allied organisations