We are an independent charity governed by our own Board of Trustees.

The majority of current Trustees are experienced veterinary surgeons, and some are non-veterinary experts in their own fields. Amanda Boag was elected Chair of the RCVS Knowledge Board of Trustees in 2020.

Amanda Boag has been Chair of the RCVS Knowledge Board of Trustees since 2020. She graduated from Cambridge University in 1998. She then undertook two consecutive small animal internships first at the Royal Veterinary College, London and then at the University of Pennsylvania. She returned to the RVC to do a residency and remained as a Lecturer in Emergency and Critical Care from 2003-2008.

Amanda is currently Group Referral Director at IVC Evidensia, Europe’s largest provider of veterinary services, where she has responsibility for overseeing referral care across 11 countries. 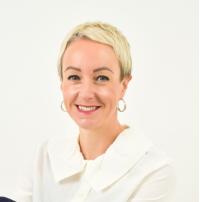 Back to the top.

Liz qualified as a Veterinary Nurse in 1986, initially working in small animal and mixed practice until she joined a private referral practice in 1989, subsequently she worked at the Royal Veterinary College as a Senior Surgery Nurse between 1993 and 1997. Liz was employed at Davies Veterinary Specialists from its inception in 1998 until August 2020 undertaking a variety of clinical nursing roles and subsequently the position of Training Manager with responsibility for development of induction training programmes for all new employees and the planning and implementation of in-house and external training for team members.

Since October 2020 Liz has undertaken a role as an Independent End Point Assessor for the Veterinary Nursing Apprenticeship with VetSkill Ltd.

Liz is proud to have been an elected member of RCVS VN Council from 2006 to 2015 (Chairman 2009-2012), during which time significant milestones for the Veterinary Nursing profession were achieved culminating in Statutory Regulation.

Liz is the Board of Trustees representative on the Quality Improvement Advisory Board.

Helen qualified as an RVN in 2008 after completing her degree at Harper Adams University. She worked in mixed animal practice for a number of years before returning to Harper Adams in 2011 as a Research Assistant and then later a Lecturer. Since returning to Harper Adams Helen’s focus has been towards research and EBVM with her supporting both staff and students with final year research projects. In addition in 2017, Helen completed a Masters in Research in Veterinary Hydrotherapy for which she undertook two individual research projects.

Helen has a keen interest in EBVM and promoting this to her students and future members of our profession.

Danny Chambers graduated from the University of Liverpool in 2008 with an intercalated MSc in Veterinary Infectious Disease Control. He has spent his career in mixed, equine and small animal practices all over the UK and New Zealand. Danny is regularly involved with One health projects involving rabies eradication, working horses and livestock in India, Iraq, Morocco and The Gambia.

A Bristol graduate, Graham spent 15 years in mixed veterinary practice, first in Somerset then as a partner in Norfolk, before a change of track led to the world of animal therapeutics both in the UK and overseas with Bayer Animal Health. His overseas roles included that of Global Head of Livestock Business and Head of European Marketing before returning to the UK as Head of the Animal Health Division of Bayer for the UK and Ireland, from which he eventually retired in 2013.

Graham served for 10 years on the Board of the National Office of Animal Health (NOAH), of which he was elected Chairman for a period of three years and later made an Honorary Life Member for services to the animal health industry. As well as chairing the Finance and General Purposes Committee of RCVS Knowledge he provides consultancy services to international veterinary business, is Chair of the Board of Premier Veterinary Group plc., serves as Honorary  Treasurer on the Board of Vetlife (formerly Veterinary Benevolent Fund) and is a councillor on the parish council of East Woodhay, Hants.

Jo graduated in veterinary science from Bristol University in 1986 and has been closely associated with the profession ever since, working in mainly small-animal practice. She is an elected member of RCVS Council. She has a diploma in management and an MSc in the psychology and neuroscience of mental health, and a keen interest in evidence-based treatments and medicine.

Lucie graduated from the Royal Veterinary College in 2004 and spent the following two years working in a busy small animal hospital in Bristol. Having developed a love of internal medicine, she returned to the RVC in 2006 to undertake a residency in small animal medicine, and following completion returned to the West Country to work for the University of Bristol and Langford Veterinary Services as a teaching fellow and internal medicine clinician. Following this, she worked as an Internal Medicine Consultant for Axiom Veterinary Laboratories before joining the BSAVA as Head of Education in June 2018.

Mandisa graduated from the University of Edinburgh in 2008, and after staying in Scotland for her first job she moved to England the following year, to a small animal practice in Biddulph.

She has always had an interest in emergency and critical care and enjoyed the challenges that this has brought, even as a new graduate.

Following four years in day practice, Mandisa then worked in a dedicated emergency clinic covering North Birmingham for a couple of years before she worked as a locum in a variety of practices across the West Midlands to enable her to have a better work:life balance.

Mandisa is a published author, having been the researcher on a paper about genomic variations in Mycobacterium published in BMC Microbiology. She is currently looking to co-author more articles on small animal emergency medicine.

Along with being passionate about her own development, Mandisa is also a strong advocate for encouraging her veterinary nurses to be as knowledgeable as they can around critical care and to work to their full potential.

Mandisa has worked for Harper Adams University as a lecturer in Veterinary Sciences educating both students and qualified veterinary nurses.

Mandisa is married to Hector, and has two boys. One of her favourite hobbies is taking her boys out into the beautiful Staffordshire countryside on nature walks. When not at work, or looking after her boys, Mandisa can usually be found curled up reading a variety of books, with her two cats at her side. 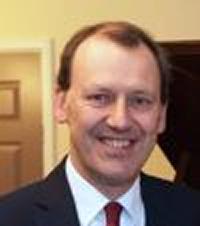 from his experience gained in the accounting profession as an auditor. Before retirement in 2021, he spent some 36 years with top-five firm BDO, mostly in London and Hatfield, with separate 2-year spells at various times in Hamburg and Vancouver. Latterly he was based in the Technical Standards department with responsibility for quality management and coaching audit teams. There is a veterinary connection as one of his grown-up daughters trained and qualified as a BVetMed at the Royal Vet College and, after various internships and a residency, is now back there as a staff surgeon.

Declaration of Interest is available in the 'Related documents' box

Lizzie joined the RCVS in February 2005 bringing with her 13 years' experience working in marketing, public relations, communications and public affairs.

At the RCVS, the role of Lizzie and her team is to develop and maintain a customer-focused approach to the College’s communications, and to improve the effectiveness of RCVS communication both within and outside the veterinary profession. The team looks after press office, publications, events, web and digital, design and public affairs.

In autumn 2014, Lizzie set up the Mind Matters Initiative (MMI), alongside its then Chair, Neil Smith. MMI aims to make a difference to the mental health and wellbeing of members of the veterinary team and Lizzie runs the programme on a day to day basis.

Lizzie took up the role of Deputy CEO in September 2016 and has responsibility for the development and implementation of the College’s strategic plan, as well ensuring delivery of the RCVS-powered activities of the Vet Futures Action Plan.

In November 2017 she became Chief Executive of the RCVS.

Declaration of interest is available on the RCVS website

Tim Mair graduated from the University of Bristol in 1980. Following a spell in general practice he returned to Bristol as a Horserace Betting Levy Board Research Training Scholar to undertake research into equine immunology and respiratory diseases. He obtained a PhD in 1986 and then stayed at Bristol as a Wellcome Trust Lecturer in equine medicine.

He returned to equine practice in 1989, joining Bell Equine Veterinary Clinic in 1993 and becoming a partner in 1995. His main interests are equine internal medicine, soft tissue surgery and MRI. He has Diplomas from the RCVS in Equine Internal Medicine and Equine Soft Tissue Surgery and is a founding Diplomate of the European College of Equine Internal Medicine. He became an Associate of the European College of Veterinary Diagnostic Imaging in 2011. He became Equine Veterinary Director of CVS in 2018 and is currently Senior Vice President of the British Equine Veterinary Association.

He has been editor of Equine Veterinary Education since 1996. He has published over 200 articles in peer-reviewed journals, as well as other articles and book chapters. He has co-authored or co-edited a number of textbooks on equine medicine and surgery.

Brian Pound came from a farming family.  He initially trained to be an accountant with ICI before moving into the poultry industry in 1970. His work in helping resolve the devastating Newcastle disease outbreak put him in touch with the pharmaceutical industry where he moved in 1975 to take over as Managing Director of Duphar Veterinary Limited (now Zoetis).

He was Chairman of ABPI veterinary sector (now NOAH) and worked alongside Des Thompson to help set up National Pet Week (now National Pet Month). He also worked alongside Andrew Higgins from the Animal Health Trust to establish the Annual Equestrian Awards ceremony.  He assisted in setting up SPVS Snowscene where he was one of the initial speakers alongside Dixon Gunn in providing business training to the delegates. His career with Duphar (taken over by Solvay in 1981) included CEO of group companies in Wales, Warrington and the USA before he returned to Hampshire to set up CVS (UK) Ltd, in 1999. Brian retired in 2017.

As well as RCVS Knowledge Treasurer, he is on the Editorial Board of Veterinary Evidence.